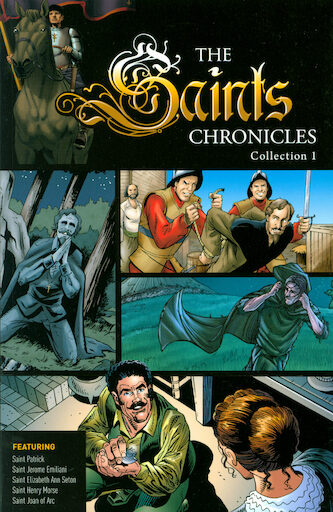 The stirring adventures of these brave Christian souls remind us that God has in mind for each of us a unique mission, worthy of all our imagination and all our daring.

Appealing to readers of all ages, these four Graphic Novels will enhance literacy and promote content retention while introducing Catholic saints in a form that can be enjoyed again and again. Paperback, 6.5 x 10, 120 pages. (©2018)