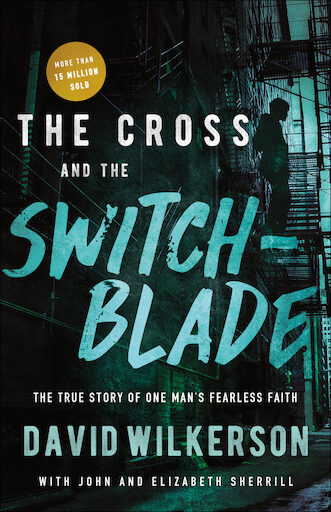 The Cross and the Switchblade

The True Sory of One Man's Fearless Faith

Gangfighters. Drug addicts, Teenage runaways and prostitutes. The toughest and most hopeless kids that New York's ghettos had to offer. Until a young country preacher from the Pennsylvania hills arrived on their turf. And began preaching a street corner message of renewal, miracles, and God's love. As relevant today as the day it was written in 1978.

"Go to New York City and help those boys."

David Wilkerson was taken aback when he heard God speak those words to him late one night as he stared at a picture of seven young gang members on trial for murder. He was simply a country preacher at a small church in Pennsylvania. What impact could he possibly make--especially in New York City?

But God continued to lay those boys on his heart, and he sensed this was his calling. So he uprooted himself from his comfortable life to pursue the dangerous mission God was calling him to. Not long after, he was moving among the most violent gangs and drug users in New York, sharing the Gospel.

This captivating story describes the founding of Teen Challenge--an inner-city ministry that today maintains residential and crisis counseling centers around the globe--and the man who obeyed God's summons to reach out to the least of these. It is also the story of how God can use anyone to save those we may think are beyond saving.

David Wilkerson (1931-2011) founded Teen Challenge and World Challenge (www.worldchallenge.org) and was the founding pastor of Times Square Church in New York City. He authored more than forty books, including the bestselling The Cross and the Switchblade and Have You Felt Like Giving Up Lately? With a particular longing to encourage pastors, he traveled around the globe. On the day of his death, he was still ministering. 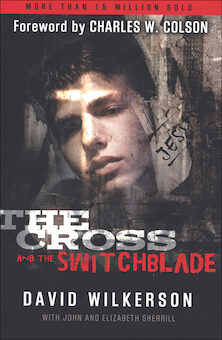 The Cross and the Switchblade: A Chosen Classic